by Erin | Jun 7, 2020 | Book 1: Chapter 1 - “THE ORDINARY MAN LOOKING AT A MOUNTAIN IS LIKE AN ILLITERATE PERSON CONFRONTED WITH A GREEK MANUSCRIPT.” | 0 comments 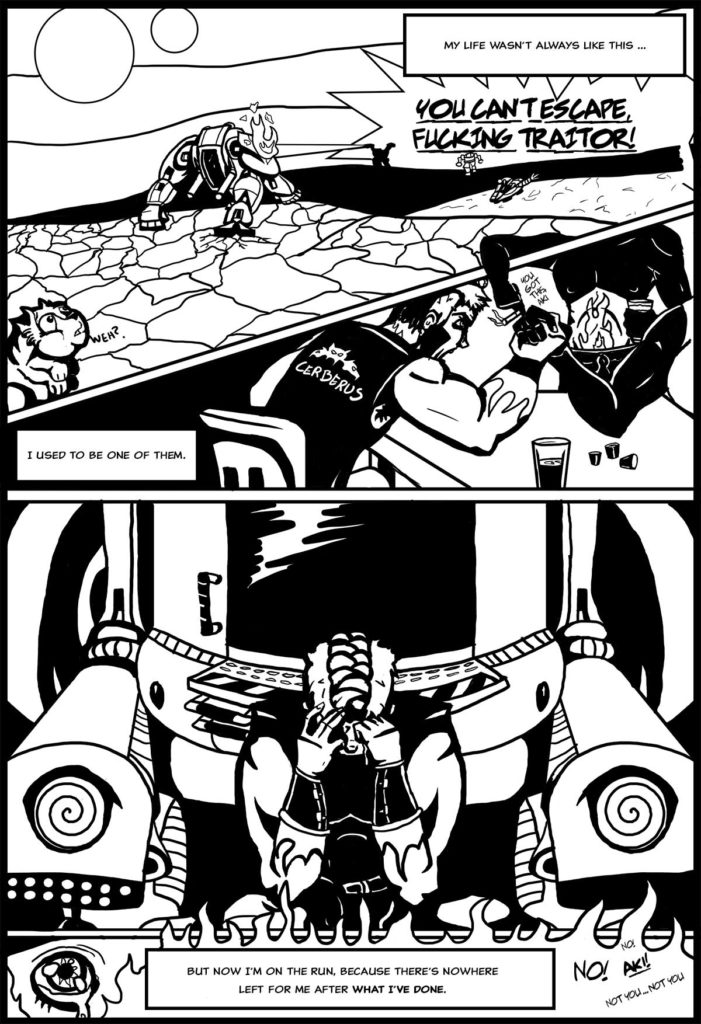 Our protagonist’s machine is a GRN-93 Grendel. It was designed for Mech-vs-infantry combat, and total infrastructure destruction. The GRN-93 sports two very high temperature flamethrowers, and two scatter cannons that act like giant shotguns. The GRN-93 has fully articulated arms and hands, and can manipulate things to a fairly fine degree with its fingers. It runs a bit like a gorilla.

Our protagonist, apparently a dirty traitor, flees his pursuers through vast salt flats, toward a known but forbidden landmark. The two suns beat down from above.

(I don’t know who that fat little kid in the corner is.)